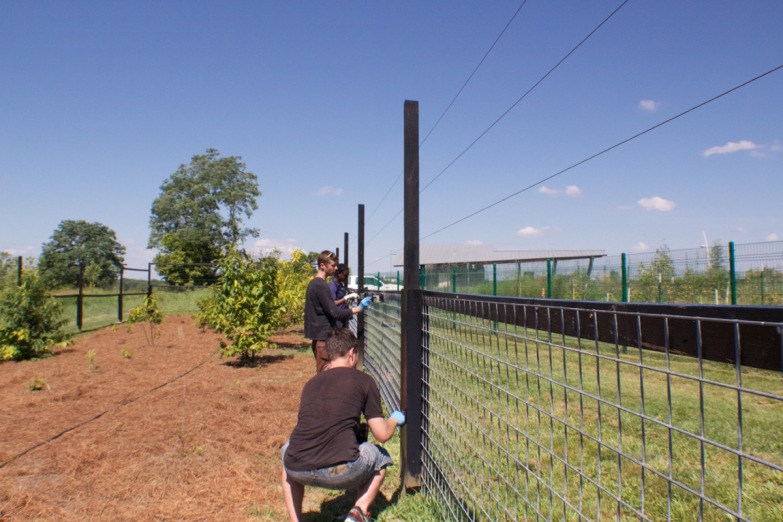 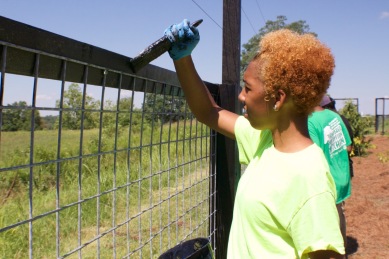 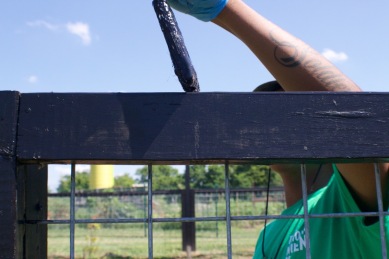 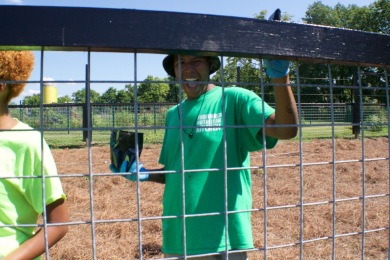 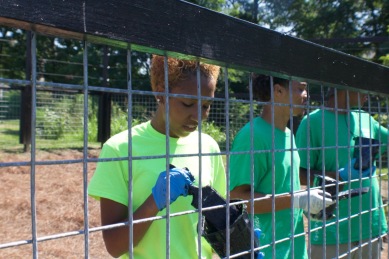 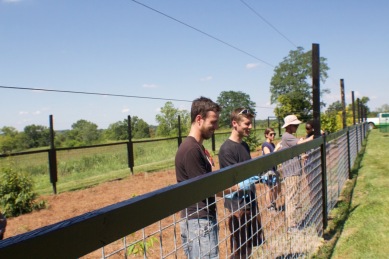 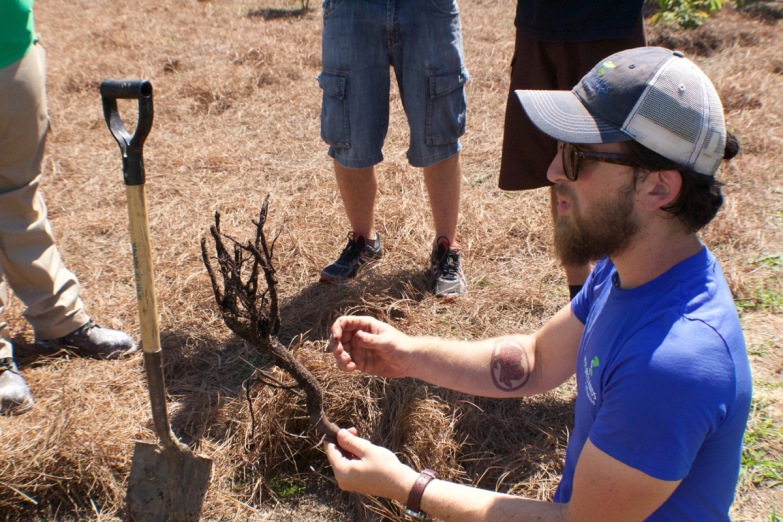 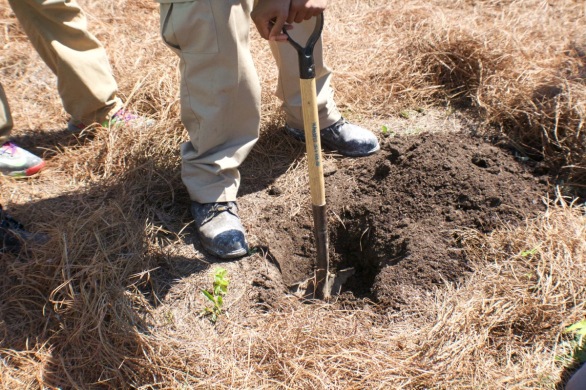 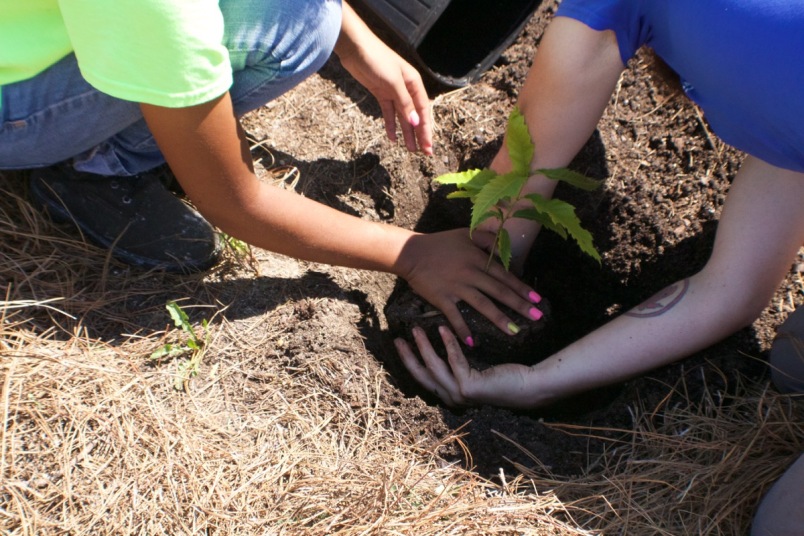 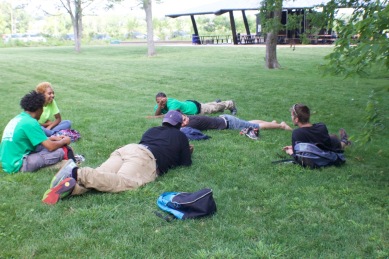 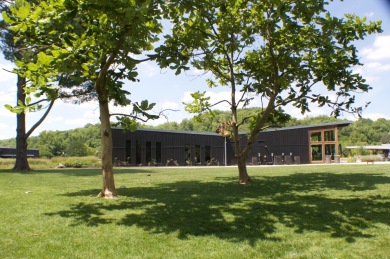 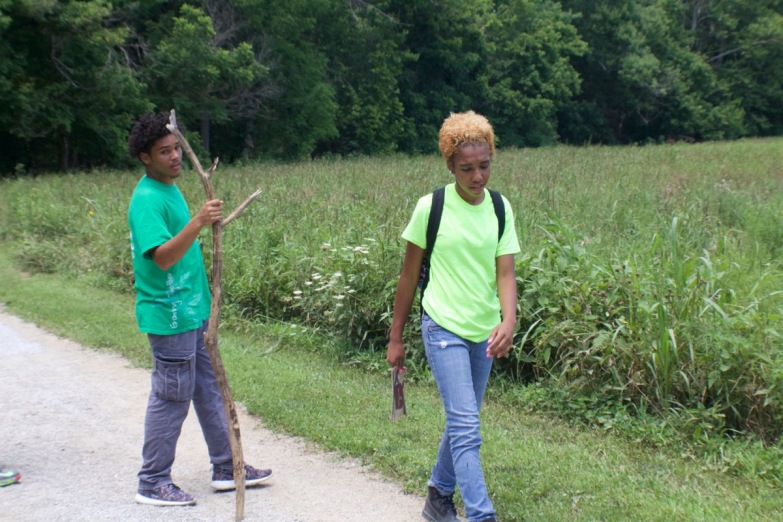 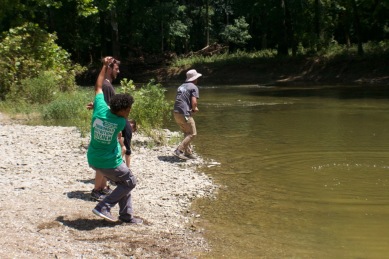 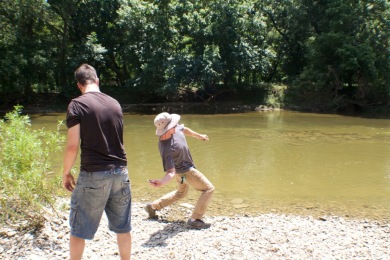 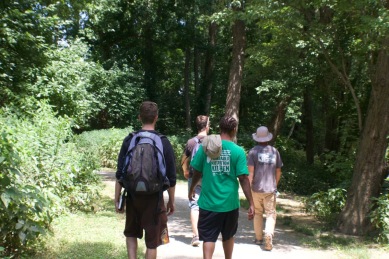 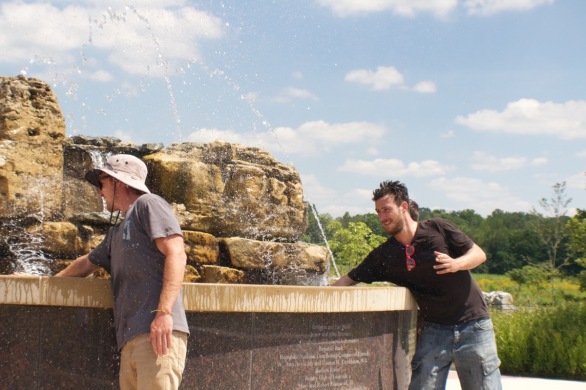 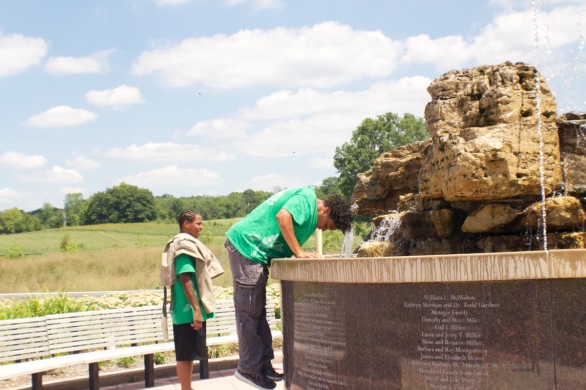 The second year of the Urban Green program is in full swing. This program, which helps at-risk young Kentuckians become international green entrepreneurs and builds connections between KY and France, sent four students from YouthBuild to Versailles, France, this past month to learn from gardeners at the Potager du Roi. To read about their experience, check out the Urban Green blog. Now that the students are back in Louisville, it’s time for the other side of the exchange to take place.

Two gardeners who worked with the students in Versailles, Simon Gabillard and Clément Berthollet, arrived in Louisville on July 22 for a two-week stay in the city, working at YouthBuild’s urban garden and sharing their knowledge with participants of YouthBuild’s summer program. Their stay kicked off with a trip to The Parklands of Floyds Fork on July 24. The morning at the park consisted of volunteering in the William F. Miles Community Garden in Beckley Creek Park. The two gardeners, along with YouthBuild’s Environmental Education Coordinator Ian Herrick and four YouthBuild students, helped paint the fence of the garden. While painting, they conversed with some of the staff of the Parklands, who discussed the purpose and future of community gardens in the park. After painting, the students assisted in planting a tree in the middle of the garden.

After lunch, the Urban Green participants learned about the future of the Parklands. A staff member explained that, despite how large the park already seemed, it was less than halfway finished. When complete, it would constitute part of “The Louisville Loop,” a walking and biking path that would circle around the entire city. The final part of the day was spent on a hike through Beckley Creek Park. This made a relaxing end to the “work” day, as the students chatted with the French gardeners, stopping occasionally to skip rocks and sit by the water.